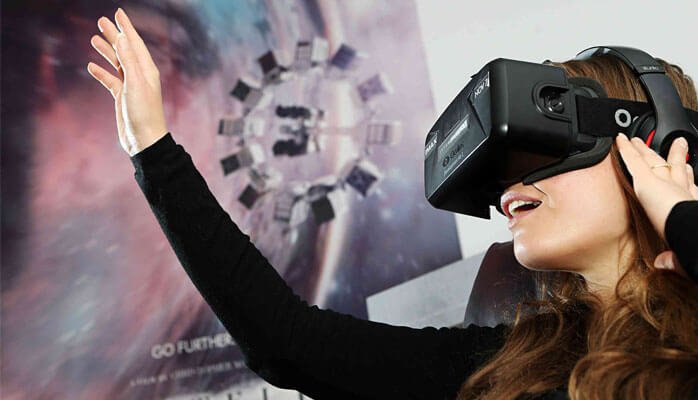 The commercial real estate marketing technology implications are massive and exciting. We are offering 360 degree virtual reality video that will have you dumbfounded. As a kid, I was excited about someday getting the phone where you could see someone while you spoke with them. Glad we finally got there. Now, the technology advancements make that look juvenile.

Oculus Rift is the toy that Facebook’s Mark Zuckerberg paid 2 billion dollars for and there’s a reason. It is about to instantly be a household name by mid 2016. As it stands now in beta, some have heard of it or taken a passive glance at it but don’t really understand what it is and why it is so exciting. In most of our demos, it’s the first time for about 99% of the people trying it and they can’t believe what they are seeing. It’s pretty fun to watch an entire conference room of doubters do a complete 180 in seconds and asking how fast we can provide some of this mesmerizing media for their marketing efforts. If you would like to try Oculus Rift, give us a call and we’ll schedule a demo for you!

Commercial real estate marketing technology that moves the needle like this comes at a cost, but that is stopping no one in an industry that has had a monstrous digital awakening in the last few years. This media is expensive to produce but worth every penny. What is Oculus Rift? Trying to put it in a brief description is tough but I will try and simplify. Oculus Rift is a pair of space age looking goggles you put on your eyes/head to consume virtual reality media. There is an Oculus Rift store kind of like iTunes where you can purchase games, experiences and 360 immersive video. Those are the basics. The commercial real estate marketing technology applications are plentiful and will get serious attention. Imagine watching video where you can simply turn your head and feel like you are there. I mean REALLY like you are there to the point that you are reaching for things in the air. When you experience it, it will all make sense.

Some of the ways our clients want to leverage our 360 virtual reality cameras are going to define commercial real estate marketing in their verticals. This is not like a drone video where you simply travel a path and the consumer gets what you decide to show them. This is the consumer driving the experience simply by turning their head and looking where they want to look. Pretty amazing stuff. Some examples of who you can use the technology for your marketing…

The possibilities are exciting on so many levels. We are excited to show you Oculus Rift. Contact us and we’ll get a demo scheduled for you.